Many hunters know about the rut of whitetail deer and why it’s a popular time to go out hunting in Texas. However, not everyone knows how to use it to their advantage!

If you want to score big while whitetail deer hunting in Texas, you must understand the rutting season:

What is the whitetail deer rut? 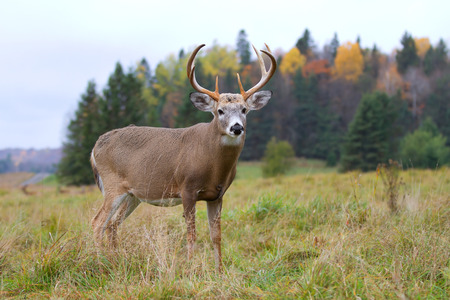 That’s why so many hunters tend to schedule their hunting vacations around this time to ensure that they’ll have plenty of opportunities to score some big game.

When it comes to whitetail breeding, a buck is in control. He may be attracted to a doe for five days, yet only willing to breed with the doe within a 24-hour period.

If during the first cycle a doe is not bred, she will be able to do so again when she is in heat 28 days later.

Another situation you may encounter is too many does when compared to bucks.

However, this is not the case with Schmidt Double T. We have a solid ratio of two bucks for every one doe, ensuring that you see more antlers when out on your hunt.

Why hunt the whitetail deer rut?

Many people like to hunt the rut because it increases their odds that they’ll come across a generous amount of whitetail deer.

The bucks, themselves, are out looking for mates, putting them in one of their most vulnerable states. They lose much of their cautious nature when female deer are close by and can become quite hazardous in their behaviors.

Their lack of attention is a hunter’s greatest asset, making the bucks easier to spot and hunt.

When is the whitetail deer rut in Texas?

Rutting time varies across the region, which proves most beneficial for hunters trying to find bucks throughout the entire season.

The Gulf Prairies and Marshes boast the earliest whitetail breeding, usually taking place between the end of August through late November.

The Edwards Plateau in the Hill Country of Texas has the highest whitetail deer production rate in the state—and lucky for you, that’s exactly where Schmidt Double T Ranches is located.

In this region, whitetail breeding can begin as early as October, and continue through till the end of January. 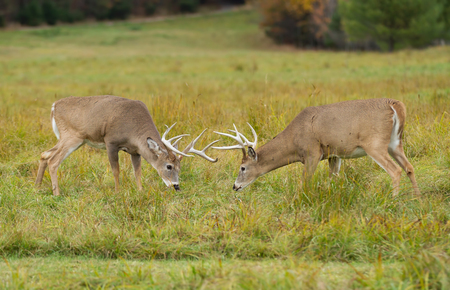 Often hunters talk about seeing an early or late rut, but usually that is based on misconceptions. For example, if a doe is in heat and does not come across a buck in that same time period, she will try again in one of her later cycles.

When a hunter sees this, it could be misconstrued for a late rut, just as random breeding activity spotted early in the season could make it seem like the entire rut is early.

And in Texas, the whitetail deer breeding season is fairly easy to predict throughout each region.

What it comes down to is the hunter.

The hunter vs. the rut

According to a study conducted by the Texas Parks and Wildlife Department, every hunter perceives the rut differently, usually being swayed by the cooler weather.

So, just like hunters, whitetail bucks will increase their movement in cooler temperatures. This increases their chances of finding a doe, it’s true, and from a distance, could look like the rut.

However, deer breed in tropical climates as well, so the theory that cold weather triggers the rut is, just like that, debunked!

What does affect the rut in Texas?

The conditions of their habitat have the most effect on the breeding season—poor conditions can lead to malnutrition or injury and can affect the timing of breeding.

If a doe is hurt or hungry, it could also delay breeding until later in the season. 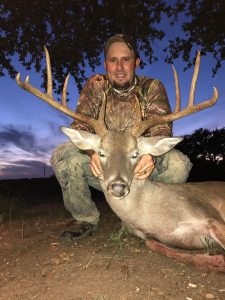 Now it’s time to put your knowledge to the test and take on the rut in Texas.

Here are a few quick tips for hunting the rut:

Hunting the rut can actually help to keep bucks constantly on the move, increasing a hunter’s chance of snagging their trophy. Despite the intrusion of hunters during the whitetail deer breeding season, the rut doesn’t seem to have a negative effect on the population of deer either.

Interested in hunting during the whitetail deer rut this year?

Plan your visit to Schmidt Double T Ranches! Give us a call at 325-347-2613 today to learn more about our whitetail deer hunts.